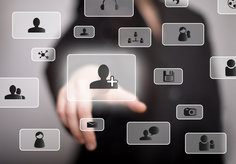 What is crowdfunding? Part social networking and part capital accumulation, crowdfunding is simply the collective cooperation, attention and trust by people who network and pool their financial resources together to support efforts initiated by others.

Inspired by crowdsourcing, this innovative approach to raising capital has long been used to solicit donations or support political causes. This method has also been successfully implemented to raise capital for many different types of projects, including art, fashion, music and film.

Entrepreneurs can also tap the internet as a way to raise financing from a broad base of investors without turning to venture capitalists. With crowdfunding, you can raise small amounts of capital from many different sources, while retaining control over your business venture. Crowdfunding for business ventures, however, is not without its risks, and likely requires advice of an attorney.

In the traditional crowdfunding model, donations are pledged over the internet to fund a particular project or cause. The contributors are supporting the project, but receive no ownership interest in return for their monetary donation. This type of arrangement can exist with non-profit ventures and political campaigns, as well as start-up businesses. The person or entity soliciting the funding utilizes existing social networks to leverage the crowd and raise contributions in exchange for a reward, which is typically directly related to the project being funded, such as a credit at the end of a movie. With this type of arrangement, the contributor does not receive any ownership interest in the venture in exchange for the donation.

However, when for-profit companies solicit funds from a large number of individuals to raise capital in exchange for shares of ownership in the company, care must be taken to ensure the arrangement does not run afoul of federal and state securities laws.

Various companies and websites have popped up to assist entrepreneurs in raising capital through crowdfunding. Some operate on a flat fee, others charge a percentage of funds raised.  Keep in mind that any securities in a company sold to the public at large must be registered with regulatory authorities, unless they qualify for a specific exemption from the registration requirement. Selling shares of ownership to low-net-worth individuals (“unaccredited investors”) can trigger numerous registration and disclosure obligations. Additionally, state laws may also affect the transaction. As the number of investors and states involved increases, so do the cost and complexity of obtaining this type of capital financing. The various rules can be difficult to navigate, and missteps can result in significant penalties.